A few days ago, I was beginning the day with Qigong in a southeasterly room — the veggie/herb garden outside the french doors to the left, a glorious view of summer flowers (albeit wet from the rain) through the window straight ahead.  (Sadly, this summer’s extreme weather has escorted my morning Qigong practice indoors.)  Sweeping my arms up and raising my head, I stopped in disbelief.  How could I have done this?

My indoor hibiscus plant drooped over, its leaves curled and wilted.   What in the world happened?  I just watered it a week ago.  Well, I think it was a week ago.   I know this hibiscus is temperamental, always needing more water and more frequently for it to show it’s clown-red blooms.  But, it looked so bad I didn’t know if it could be revived.  I look at the other plants lined up next to it — the lily is limp.  The begonias too.  Even the Christmas Cactus feels spongy.  Oh…

I do not “over-nurture” my plants as some others do.  We’ve had an understanding for the last 30 or so years…I give them water upon request and they flourish.  Have they all been asking and I haven’t heard?

We’ve had an unusual summer of unbearably high humidity or heavy rain.  I thought my  “indoor” houseplants would be unaffected.  (Thankfully, after giving each of them a life restoring drink, I am relieved the hibiscus is not dying from wilt disease.) 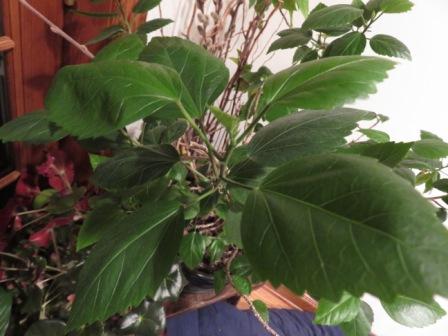 You would never know of their apparent — but honestly unintentional — neglect.) 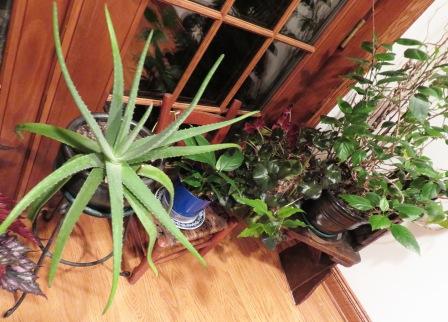 Still, I ponder this “wake-up” call of nature trying to tell me something.

This spring, not long after having major surgery, a cardinal began flying into our windows.  My Animal Speak book suggested he was warning me to pay more attention to my health and well-being.  So, I added Tai Chi classes several times a week, began eating more berries and nuts, and learning how to live more effectively as an HSP.   I was already walking 3 miles with some hefty inclines a few times each week but the weather put a (hopefully temporary) damper on that too.

It’s now mid-summer and we’re surprised the cardinal is not dead.  He’s relentless — flying into windows on both sides of our house — no matter what we’ve used to detract him.  The impact of his body crashing against the glass wakes me most mornings.   What is he trying to tell me?  Did he have to employ the wilted hibiscus to get my attention?

One Reply to “Attention Deficit”