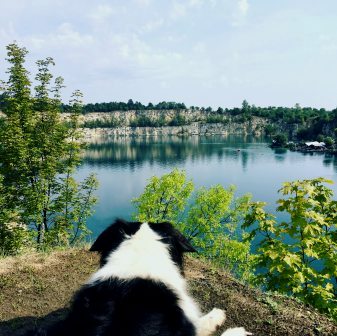 Interesting that the greatest power to reducing the spread of the coronavirus and death count, is closing borders (and our doors). Heated protests over border crossings are quieter now. Political correctness pummeled common sense yet it is our greatest individual defense against the virus. I usually don’t express political opinions on the internet because they invite divisiveness and animosity but the border issue has crossed from political debate to protective measures — for all of humanity.

Ethnology is Not a Dirty Word

A one-worlder I am not. Call me a global admirer instead. I celebrate all differences from skin color to climate and believe there is a reason the world and its peoples are diverse, that we should not become blindly and blandly homogenized as some promote. Naturally occurring distinctions in our human race (and nature for that matter) are colorful and lively yet some sadly choose to view them with discrimination or hate.

The Yin and Yang of Humanity

Interacting with people of various cultures is educational, fun and fascinating. The ability to choose an authentic Japanese, Italian, Polish, Indian, or Jamaican meal nearby is a treat. Friends frequently gather at the Tai restaurant, and the Afro-American stand with background Motown beat offers the tastiest ribs in town. I revere the Chinese acupuncturist and Native American healer, and I’m pleased to refer customers to the sanguine Mexican cabinet and granite supplier. The savoir faire of these ethnic groups cultivated enriching relationships with the communities who welcomed them; they continue to flourish through common courtesy.

However, in the last so many years, I’ve increasingly observed non-English speaking immigrants rummaging through items on store shelves then tossing them on the floor, dumping trash on our once pristine streets rather than in nearby bins, and blasting music all night so that residents are exhausted going to work. Such disrespect — whether from citizen, immigrant or illegal — is not welcomed. Seeing others break laws that we abide by breeds discontent. Disrespect creates tension, not our inherent diversities.

And yet, isn’t the pandemic revealing the yin and yang of all of humanity as evidenced through stories of incredible kindness and some of the most unimaginably ugly behavior?

Simply respecting each other could eliminate the need for thought police tactics and political correctness. On today’s terms this means self-quarantining to not recklessly endanger others, or not persecuting Asians because the virus originated in Wuhan.

But, intentionally calling the virus something other than it is just to be politically correct, is senseless to me. To understand and learn about something is to identify it. I want to know, for instance, that Roquefort cheese is from France or that the corona virus originated in China. Being politically correct by omitting information or changing terms is unclear and keeps people in the dark. My reasoning is not to blame but to understand.

While the numbers escalate too rapidly to report here, California, New York, New Jersey, Illinois, Washington, Pennsylvania, and Oregon are in the top states with the most coronavirus infections. These states are also sanctuary states hosting sanctuary cities which are rampant with the virus.

I do not support sanctuary cities but I support respect and common sense. If illegal immigrants do not understand the language, how will they follow safety protocols? If they are afraid to seek testing or treatment, how much farther will the virus spread? I do not support illegal immigration (or calling it undocumented to misrepresent the truth) but I do welcome immigrants who will contribute to the land where they have immigrated and who honor that country’s culture, citizens, laws, environment and communities.

Ignorance is the Culprit, Not Differences

Immigration is a passionate topic worldwide. Will the coronavirus’ mandate to close borders lessen the tension? Will common sense be restored by survivors of this pandemic?

If the politically correct term for old school is common sense, so be it. My term for politically correct is ignorance. As expressed in previous posts, I believe smart aka dumb phones have paradoxically proliferated ignorance. The injustice is not from identifying the difference but when hate or fear are attached to dissimilarity. Differences do not mean inequality to me. I respect borders with an open mind.