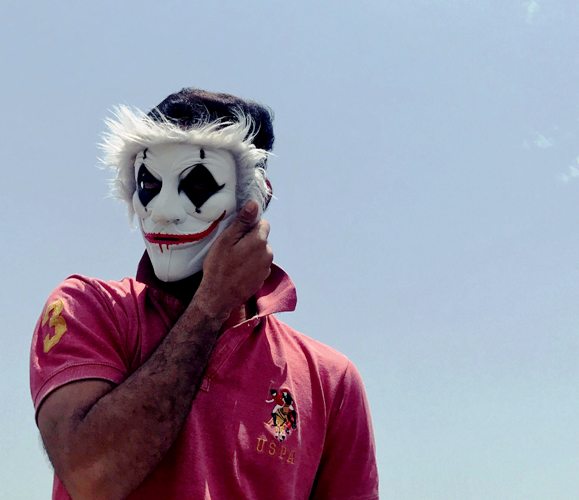 Are you stumbling through misleading reports and numbers, seeking accurate information on Covid-19? Like so much of today’s politicized information, it’s arduous pinpointing the truth. There’s a learning curve about this virus for sure but ultimately I must use my own reasoning.

A Mask of Many Disguises

“I am now resolutely against further interventions in what I have become convinced is a fruitless attempt to control the virus…Part of the project fear that is rather too obvious, involving second waves, has been the daily count of cases…

Not a quarter or even a half of the positives are FALSE, but around 90% of them.“

Before you willingly allow mainstream media or government officials drunk on power to scare you to death over another lock down of social isolation, economic loss and more dependency on government, you owe it to yourself to look behind the mask.

“The first type (of Covid), is Covid-19, ”The Virus,” which is a fairly mild infection that most people don’t even realize they’ve contracted. They remain either asymptomatic or have slight flu-like symptoms that go away after a week or so. A tiny sliver of the population– that are mainly-older, vulnerable people with underlying health conditions – can develop complications, become seriously ill and die. But, according to most analysis, the chances of dying from Covid are roughly between 1 in every 200 to 1 in every 1,000 people. (CDC-IFR- 0.26%) In other words, Covid is not the Spanish Flu, not the Black Plague and the Genocidal Planetary Killer Virus it was cracked up to be. It kills more people than the annual influenza, but not significantly more.

“The second type of Covid-19, is Covid, “The Political Contrivance” or, rather CODENAME: Operation Virus Identification 2019. This iteration of the Covid phenom relates to the manner in which a modestly-lethal respiratory pathogen has been inflated into a perennial public health crisis in order to implement economic and societal changes that would otherwise be impossible. This is the political side of Covid, which is much more difficult to define since it relates to the ambiguous agenda of powerful elites who are using the infection to conceal their real intentions. Many critics believe that Covid is a vehicle the Davos Crowd is using to launch their authoritarian New World Order...” – Mike Whitney, The Unz Review

Whoa. Before you cry conspiracy theory, what’s your explanation for New York’s Governor Cuomo and Mayor de Blasio singling out Jewish neighborhoods and businesses for lock down — but allowing Hispanic and Black neighborhoods with more cases of Covid to freely assemble as well as allow Muslim celebrations and Black Lives Matter protests to occur?

Blatant Discrimination and Abuse of Power

There is no politically correct answer to justify these mandates because they are not correct politically. Disguised as public health concerns, the numbers reveal political manipulation and control. No matter your political affiliation or ethnicity, these abusive orders of power are trampling civil liberties.

Tearing Off the Mask

Opinions are numerous on the scale of life. So look at history. Look at agendas. Look at numbers, how they are reported and who is doing the reporting. Take nothing for granted. Look behind the mask to reveal the truth. You decide what resonates with you.

For me, Vietnam, Watergate, the Iran-Contra Affair, “I did not have sex with that woman,” ” the 30,000 emails were about yoga,” and all the other lies and cover-ups from both sides of government have made me a truth seeker.

While wading through the quicksand of politicized muck, I continue time-tested safeguards but only wear a mask in indoor public venues. After six months of severely restricted personal contact, I’ve crept into “the safe bubble” with other precautionary people. Isolation is not healthy. Mass hysteria depletes the immune system, and demoralizes people while undermining the country.

How are you faring after months of Covid restrictions? Are you more fearful? Confused? Suspicious? Depressed? Angry? Hopeful? How do you feel about legislators using their power to control only certain races and ethnicities in the pandemic?

Governments have other means of encouraging vaccine uptake, such as withholding welfare payments

16 Replies to “Behind the Mask”