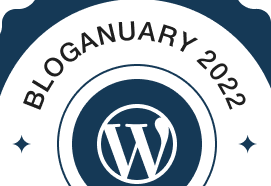 Freedom and sovereignty both personal and national are intense subjects for me. Cherished freedom is currently under attack everywhere — personally, nationally and internationally with destructive mandates, unjust laws, elitist goals for One World of only the wealthy and poor, and ccp and Big Tech’s increased dominance of humankind. These evil forces do not sit well with my love of all things natural.

The atrocities of being “forced,” or “coerced” into anything, ignites my fervor. Of course, the heated focus at the moment is eliminating unreasonable and discriminatory mandates from radically deceptive politicians spouting they care about public health when in truth their primary concern is only their power and profits.

Freedom fighting is in my blood with an ancestor fighting along George Washington in the American Revolution. My crusade began with marching for women’s rights, and has evolved to speaking out against Big Tech’s insidious censorship and attempted slavery of humanity.

I can barely stand that Microsoft is including wokeness in their new versions of software when already I don’t appreciate their invasion of my PC, my personal information, my thoughts, and essentially my life. While I promote the annual National Day of Unplugging (March 4-5th this year), I am at the tipping point of junking the little bit of tech I have allowed in my life.

God gave humans inalienable rights that politicians, big business and radical individuals strive to eliminate so they can oppress. Whether anyone believes in God or chooses to replace (their) God with science, they have no right to take away my freedom to live my own life — including my belief and honoring God — and especially since I’m in America which has stood solidly for freedom.

My concept of God has evolved over the years and as much as the ccp and Big Tech would like me to believe otherwise, I cannot and will not deny God exists. Still, if someone else chooses to believe that God only applies to religion, or is a non-believer and can’t see that God is in everything and everywhere, that is their freedom of choice. Just don’t push it on me.

4 Replies to “Bloganuary Prompt #16: What is a cause you’re passionate about and why?”